A moment of relax between the meetings on a bench at the Brewery Gatehouse, a craft beer with friends at the Malthouse Square. Playing hide and seek between oak and cherry trees in the Central Garden, and a bit of ice-cream in the Laboratory Courtyard or at the Breakfast Square. Soon, the Warsaw Brewery will invite the residents of Warsaw to five new city squares.

The Warsaw Brewery will soon open a part of Warsaw's Wola for the residents of the capital city: the quarter between Grzybowska, Krochmalna, Wronia and Chłodna streets. Advanced finishing works are carried out in the Malthouse Offices, the luxurious building of the Malthouse Apartments and the Resi4Rent building with apartments for rent. Currently underway is the revitalization of the 19th century Malthouse, which will house Robert Lewandowski's restaurant, the Time Cellars, designed to attract numerous lovers of beer and excellent food, as well as the little building of the former Laboratory. The project developer - Echo Investment - will also take care of the quality of public space. Two of the five planned city squares are ready. These are the Brewery Gatehouse in front of the Gatehouse Offices building from Grzybowska Street and the Breakfast Square, hidden in the vicinity of the residential buildings. There are also plans to create the first woonerf in Warsaw, a street where pedestrians and cyclists have priority over cars, as well as three largest and most attractive squares, which will be located within the project. 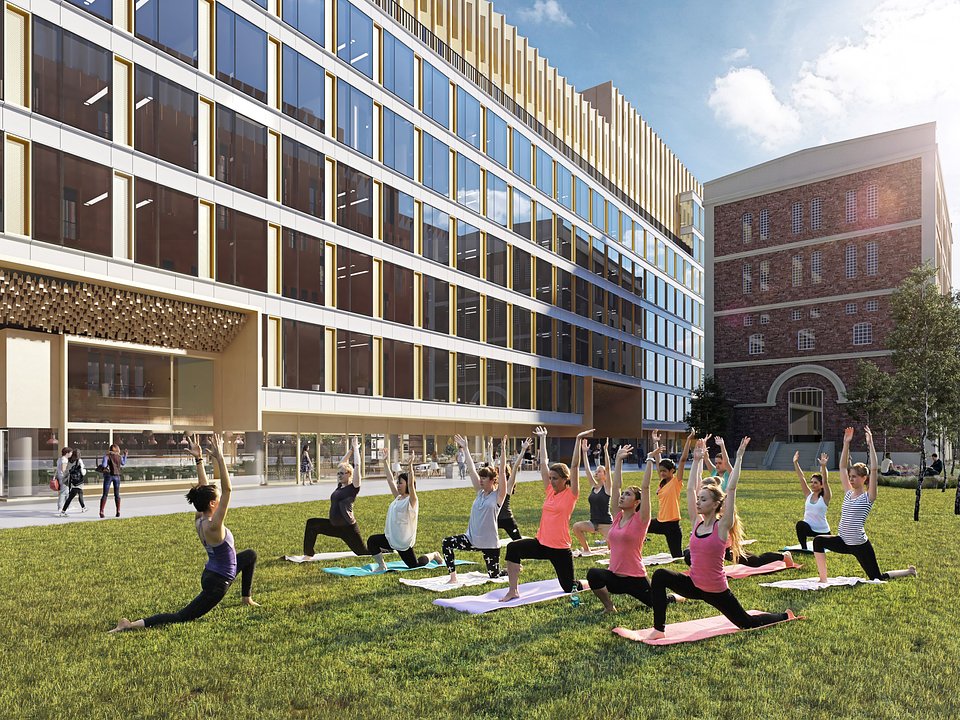 "From the very beginning, our assumption was that the most important things in the Warsaw Brewery will take place between buildings: in squares, courtyards, restaurants and streets. That is why we put so much effort into the public space, which has to be inviting, as well as set standards for good design of a human-friendly city. We feel co-responsible for the development of Warsaw and the challenges faced by co-creators of public spaces," says Michał Gerwat, Director of the Warsaw Brewery project.

The largest square of the Warsaw Brewery will be the Malthouse Square, in the heart of which is the 19th century Malthouse and the Malthouse Apartments building. One-third of its area will be covered with a green urban birch forest. There will also be a fountain with water streams resembling the arched ceilings of the Time Cellars. This is where the "pipeline" – the installation art made of weathering steel that will surround the market square and the Haberbusch and Schiele woonerf, alluding to old-time beer production – will have its beginning. The pipeline will be used to present outdoor exhibitions, install benches or provide scenic lighting.  The Malthouse Square will also be the place for local events, an open-air cinema, illumination shows or public broadcasts of sporting events, fostered by the proximity of Robert Lewandowski's sports bar. Those seeking peace and quiet can relocate to the adjacent square - the Laboratory Courtyard, which will be covered with flowers, birches and shrubs. 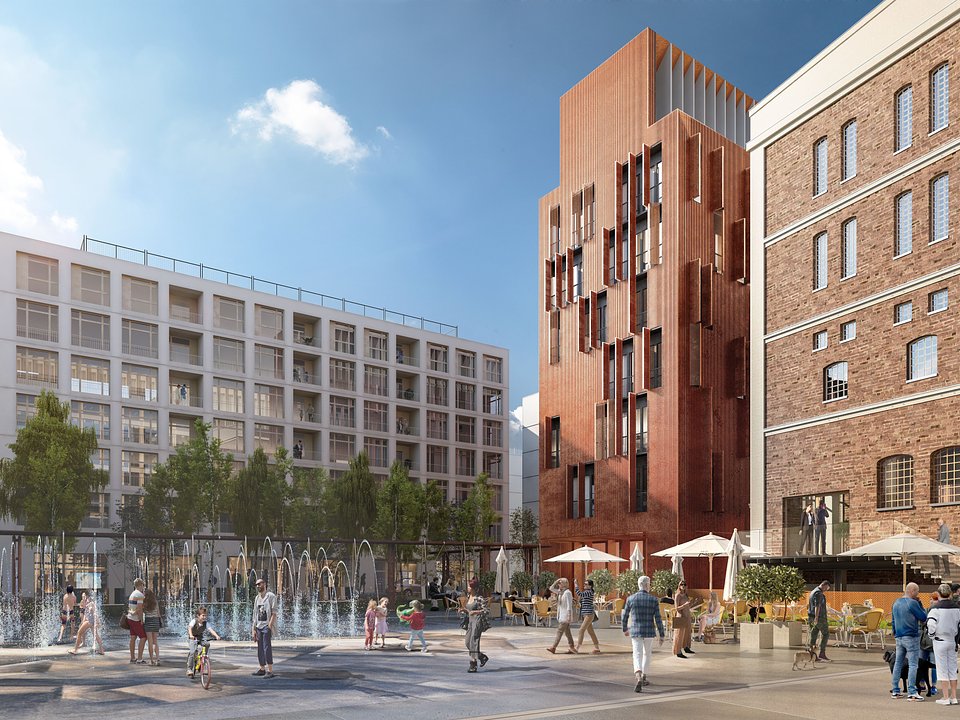 The greenest place in the Warsaw Brewery will be the Central Garden, located on top of the Time Cellars. Here, Echo Investment will plant about 60 trees and shrubs, including sweet cherry, pin oaks and solitary shrubs. This will be complemented by a flowery meadow with a mixture of perennials and ornamental grasses.

"We were determined to have a large, completely green space in the center of the Warsaw Brewery, where people can sit on a bench or lay on the grass among trees, shrubs and flowers. The lack of such places is becoming an increasing problem for many cities, which is why we have concentrated as much greenery as possible on these few city squares, filling the space between the buildings. Our designers took care of the diversity of species in order to attract insects and other living creatures that ensure a balanced urban biodiversity. What's more, for example at the Brewery Gatehouse square we have prepared some special shelters for them, the so-called "insect hotels", where bees and other insects can live," says Michał Gerwat, Director of the Warsaw Brewery project. 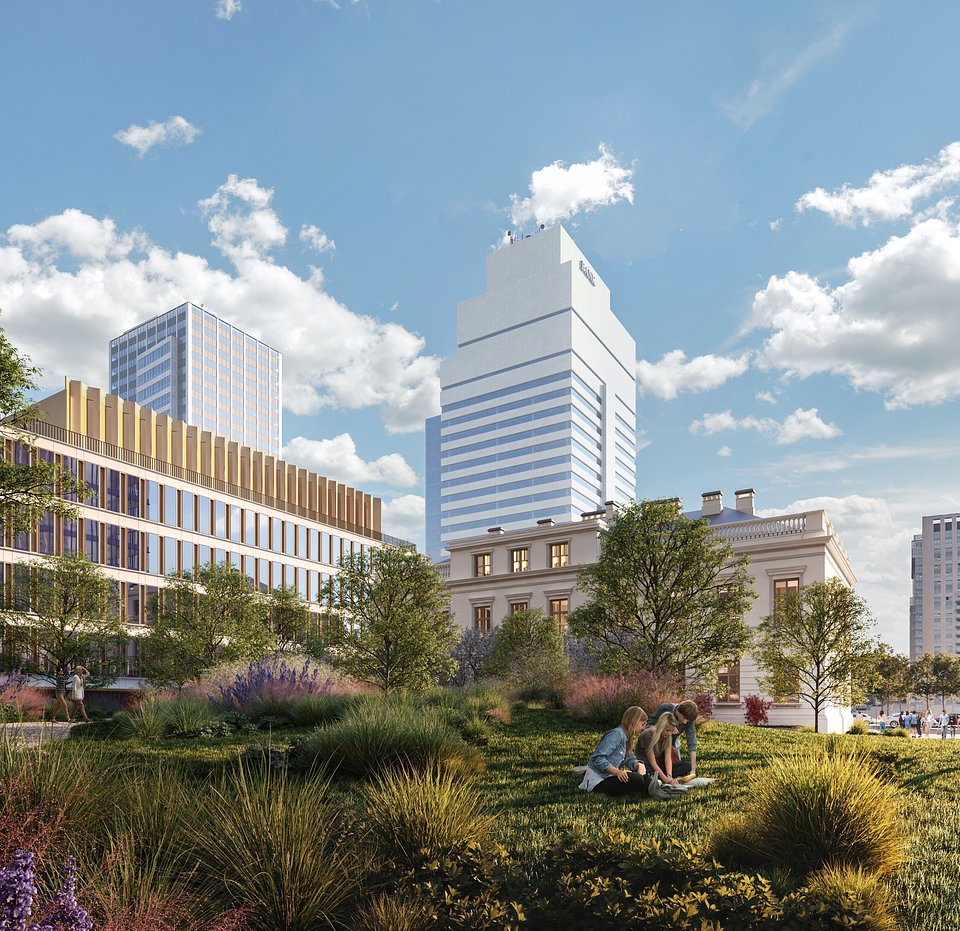 At the entrance to the Time Cellars, below the Central Garden, there will be a Lower Square, which will take guests under the historic barrel vaults turned into a food court. Already at the square they will be tempted by the tastes and aromas of the best original cuisine from all over the world and a craft brewery reproducing the recipes of the former Haberbusch and Schiele brewery. Under a beautiful, large plane tree there will be deckchairs, umbrellas and bar tables. Although the Lower Square will be hidden, it will have as many as four entrances.

Brewery in the shade

More than 230 large trees will be planted on the entire area of the Warsaw Brewery, which stretches over 4.5 hectares. Dendrologists have recommended species that are comfortable in urban environments, such as pin oak, Himalayan birch, common hornbeam, hill cherry, sweet cherry, as well as plane tree and American storax. The green areas - trees, lawns, meadows, little squares full of grass and perennials, as well as green roofs of some buildings - will cover a total of nearly 1.8 ha.

The Warsaw Brewery will be ready for guests at the end of 2020.

Eight unique apartments for exceptional clients. Echo Investment completed revitalization of the historic palace of Ogrody Graua
The uniqueness of apartments located in the Heimann foundation palace in Wrocław is not connected...

Echo Investment launches a ‘healthy office buildings’ program. A pilot project is carried out in West 4 Business Hub and React
After several weeks of isolation, it is time to unfreeze the economy, and thus return to offices....

It will not get any higher. Łódź’s React has reached the topping out
Nearly a year since the first shovel was driven into the construction of the React office...
This site uses cookies.
We use information collected via cookies to give you the best experience on our website. Cookies may also be used by our cooperating research companies and advertising agencies. If you agree to store information contained in cookies, click on the “x” at the upper right of this communication. If you disagree, you can change settings of cookies in web browser options.
I understand