PL
EN
PL
EN
28.10.2019
Robert Lewandowski and his team inaugurate the Meeting and Flavors District in Warsaw Brewery. His original restaurant to be opened here

Warsaw Brewery is becoming the Meeting and Flavors District. Echo Investment starts with playing well: Robert Lewandowski, the captain of the Polish national team and a striker of Bayern Munich, together with his associates will open an original restaurant in a historic Malthouse, that is the heart of this city quarter in Warsaw's Wola district. As early as in autumn 2020, they will invite Warsaw residents for breakfast, afternoon meetings and evening matches.

A part of the city, open to everyone and coherently designed, combining revitalized historic fabric with modern, multi-functional architecture, will soon be returned to the map of the capital. In a year, the construction of one of the most spectacular revitalization projects in Warsaw will be completed in the quarter of Grzybowska, Krochmalna, Wronia and Chłodna streets. The new history of Warsaw Brewery will be written not only by apartment buildings, modern office buildings and city squares, but also by the best restaurants and cozy cafes, bars with the best cocktails and cake shops that will form the Meeting and Flavors District in the heart of the city. It will be inaugurated by the restaurant of Robert Lewandowski and his associates, that will occupy the 19th-century historic Malthouse.

Three is a lucky number for Warsaw Brewery. Over 170 years ago, three famous brewers from Wola - Błażej Haberbusch, Konstanty Schiele and Jan Henryk Klawe - created here the most modern and the fastest growing enterprise in Warsaw. Now a new trio is showing up here. Jerzy Krzanowski - a furniture potentate and co-owner of the Nowy Styl Group and Jacek Trybuchowski - one of the most respected and experienced managers in the catering industry stand by Robert Lewandowski's side. A new place on the culinary map of Warsaw will be run by Jacek Trybuchowski, who for over 25 years has successfully developed restaurant and catering projects on European markets, as well as in the United States, China and Russia.

The restaurant will occupy the entire malthouse, the biggest preserved part of the former brewery complex. The characteristic brick building is located at the new Haberbusch and Schiele street, that was named to commemorate the founders of the brewery and chosen by Warsaw residents in last year's poll.

It will be something special. We come up with a great idea for this unique place, but for now - like any professional team - we do want to tell about our strategy. I can assure you that we will pleasantly surprise our guests. This open, welcoming and lively place located in the former malthouse will be a place where you will want to come even from the other part of the city. Our restaurant will be exceptional with a strong power of attraction. You will be able to stop by here on your way to work for breakfast, meet for a business lunch, have a good dinner with your family, and watch a great match with your friends in the evening. I am convinced that every visit here will be pleasant and provide guests with maximum comfort, we will engage the best staff and cutting-edge technologies. The restaurant in the Malthouse will be the sum of our visions, the best experience and expertise – comments Jacek Trybuchowski. 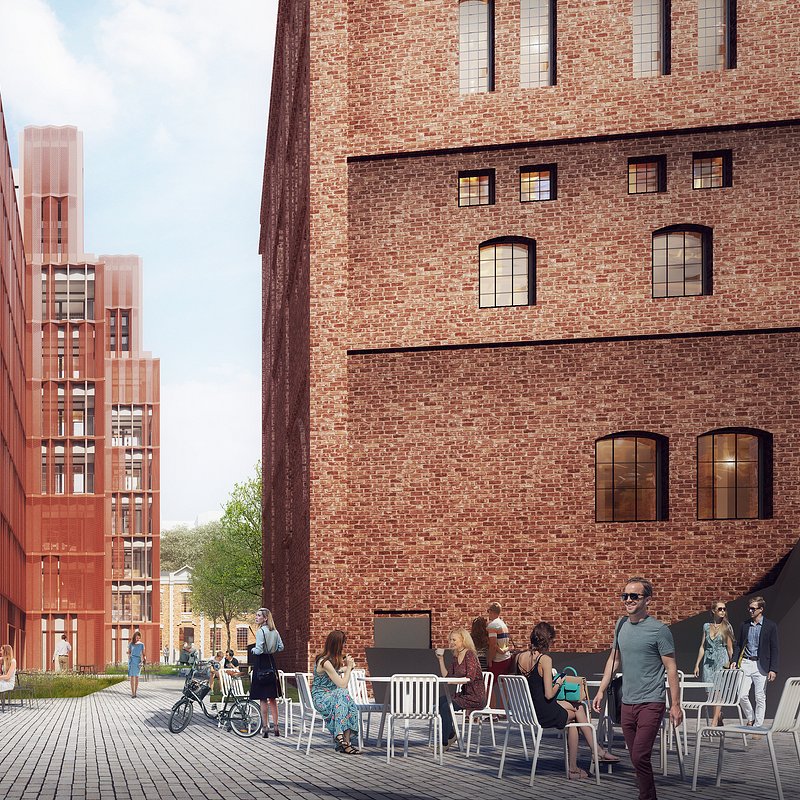 The restaurant of Lewy and his associates will be over 1,300 sqm. Right next to it, the largest of the city squares that are being built in Warsaw Brewery, i.e. the Malthouse Square, as well as the prestigious building of the Malthouse Apartments.

Warsaw Brewery will permanently change the capital's landscape. The original restaurant by Robert Lewandowski, Jerzy Krzanowski and Jacek Trybuchowski will co-create the Meeting and Flavors District being created here. By combining experience, competences and our bold vision, we develop and furnish the quarter of Warsaw bearing in mind its residents, neighbours, employees from surrounding offices, regular visitors and guests. Creating city-forming destination projects, that are good for living, working and spending free time, is one of the Echo Investment strategic pillars. As the first such project being implemented on big-scale, Warsaw Brewery is particularly important for us – says Marcin Materny, Board Member of Echo Investment.

We put a jewel of Warsaw Brewery, the 19th-century Malthouse in the best hands. We are convinced that the concept refined in every detail will be a culinary showcase of Warsaw. Almost two years have passed between the first talks and the signing of the contract. Robert Lewandowski and associates appreciated the potential of the place that after many years will return to Warsaw in a new shape; open to people and the city, welcoming to new ventures, with new public spaces accessible to everyone – comments Marcin Szlufik, Senior Leasing Manager who was responsible for negotiations from Echo Investment.

The restaurateurs' attention was also caught by architectural coherence of Warsaw Brewery. This is one of the few places in Warsaw that have been designed from the beginning to the end as a coherent urban and architectural idea. Next to carefully restored buildings, apartments and modern working and meeting spaces are being built. The renowned JEMS Architekci architecture studio is responsible for the design of Warsaw Brewery.

The Meeting and Flavors District in the heart of Warsaw will become one of the trendiest and most expressive places in the capital in a year. The developer's ambition is not only to build an abandoned area of nearly 4.5 ha into the city, but also to attract the best restaurants and cafes as well as attractive shops and services that will naturally complete the city and meet the needs of residents and guests of Warsaw Brewery. The biggest construction site for many years, where the Warsaw Brewery project is growing, will change into a vibrant and open part of the city at the end of 2020, blooming with energy around the clock, seven days a week. 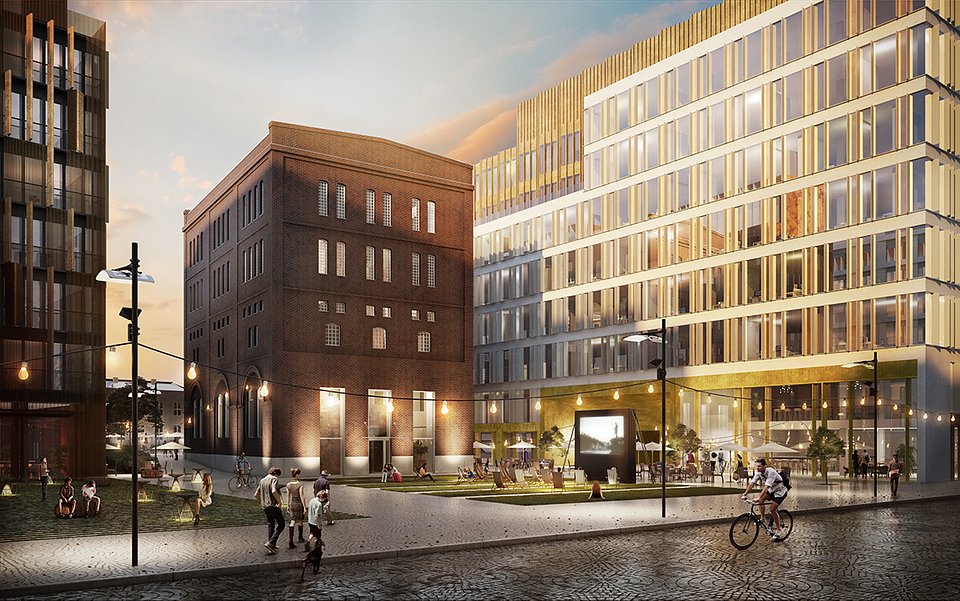 Drawing experience from many years of experience in co-creating Polish cities, with competencies acquired by developing great projects in all segments of the real estate market - apartments, offices, hotels and shopping and entertainment centers - Echo Investment is focused on creating parts of cities that are good for living, working and spending free time. Currently, such projects constitute over 40 percent of all operations run by the developer. In addition to Warsaw Brewery, they are represented by Fuzja that arises in Łódź in the former textile empire of Karol Scheibler or Towarowa 22 that is a visionary project of revitalisation of the entire quarter of Warsaw's Wola district.

Echo-Archicom Group has handed over 900 apartments to clients and started the construction of another thousand units
Sale of 1,027 apartments and handover to clients - including Resi4Rent - of 905 apartments – this...

MidPoint71 – a landmark building in Wroclaw sold just after completion
MidPoint71, a modern A-Class office building in Wrocław, was acquired by Trigea Real Estate Fund,...
This site uses cookies.
We use information collected via cookies to give you the best experience on our website. Cookies may also be used by our cooperating research companies and advertising agencies. If you agree to store information contained in cookies, click on the “x” at the upper right of this communication. If you disagree, you can change settings of cookies in web browser options.
I understand